Cannabis plants produce hundreds of biologically active compounds. There are two that tend to get all the attention: CBD and THC. However, there is another cannabinoid that is gaining popularity for its potential therapeutic benefits: CBG.

CBG is non-intoxicating, which means it won’t make you feel high. However, CBG appears to have its own unique effects on the body. While research on the results of CBG shows a lot of potential in the medical community, there is still much to learn about how these two cannabinoids compare in terms of their effects on the body.

In this article, we’ll look at the benefits of CBG according to current scientific findings and why many people are adding CBG oil to their wellness routine.

CBG stands for cannabigerol, and it’s one of many cannabinoids produced in cannabis plants.

Cannabigerol is non-psychoactive, which means it doesn’t produce intoxication. CBG works alongside other cannabinoids in the endocannabinoid system (ECS), which regulates various functions in the body, including mood, appetite, sleep, and pain perception.

Research on CBG is still in its early stages, but scientists believe it could have potential therapeutic applications. For example, CBG has been shown to reduce inflammation and promote targetted cell death, making it a promising candidate for treating conditions like Crohn’s disease and cancer.

How Is CBG Made?

CBG is a naturally occurring cannabinoid, and it’s one of many produced in cannabis produced by specialized cells known as trichomes.

These trichomes are speckled on the flowers and leaves of hemp and marijuana plants, containing enzymes called synthases that catalyze the production of cannabinoids.

The process is abiotic in nature, meaning that it does not involve other living organisms or biological processes like photosynthesis.

Overall, this makes cannabinoids one of the most complex substances produced by plants.

CBG actually exists in nature most abundantly in young cannabis plants in its acidic form, CBGa. As the cannabis plant ages, CBGa transforms into CBDa, THCa, and CBCa.

But to turn CBGa into CBG, the molecule must be exposed to heat to break the carboxylic acid chain leaving behind CBG.

Cannabinoids play a crucial role in various aspects of the plant’s growth and health. Thanks to their unique structure and function, they have become popular targets for research into future medical treatments for various diseases and conditions. As scientists better understand these potent molecules, we can expect exciting new discoveries about their effects on human biology in years to come.

How Does CBG Work?

Cannabinoids like CBG interact with the endocannabinoid system (ECS), responsible for maintaining homeostasis in the body. The ECS regulates mood, motivation, appetite, inflammation, and pain sensation. CBG works by binding to cannabinoid receptors found throughout the body.

By doing this, CBG may aid in modulating the effects of other cannabinoids like THC and CBD.

The Potential Benefits Of CBG Based On Current Research

Like other cannabinoids, CBG interacts with the endocannabinoid system (ECS). CBG binds to both CB1 and CB2 receptors located throughout the body.

So, CBG may support healthy inflammation. As research continues, we may discover that CBG has even more potential health benefits.

Let’s dive into some of the research on CBG’s potential.

CBG Has Been Shown To Have Neuroprotective Properties

Huntington’s disease is a neurodegenerative disease caused by the mutation of the HTT gene, producing an abnormal form of the Huntington protein in brain cells, causing progressive damage and loss of function in certain parts of the brain.

Huntington’s is a debilitating neurological disorder that can cause various symptoms, including involuntary movements, cognitive decline, and emotional instability.

There is currently no cure for Huntington’s disease, but treatments are available to help manage symptoms and slow the condition’s progression.

In experimental models of Huntington’s disease, CBG was highly effective as a neuroprotectant in mice, improving motor deficits and antioxidant defenses [1].

This early CBG research opens new avenues for CBG for neurodegenerative diseases like Huntington’s. However, there are currently no CBG-based pharmaceuticals or CBG products that should replace medical treatments.

CBG Has Been Shown To Have Natural Anti-Inflammatory Properties

In murine models, researchers looked into the relationship between cannabinoids, the endocannabinoid system, and gastrointestinal inflammation that causes conditions such as colitis, Crohn’s disease, and inflammatory bowel disease.

Symptoms of Crohn’s disease include cramps, diarrhea, constipation, fatigue, weight loss, and rectal bleeding. The exact cause of Crohn’s disease is unknown. However, there are many theories about possible triggers, such as diet, genetics, stress levels, immune system dysfunction, and infection with certain bacteria or viruses. Colitis is another type of inflammatory bowel syndrome that affects only the colon. If left untreated, it causes inflammation, leading to severe complications such as malnutrition and colon cancer.

Inflammatory bowel syndrome (IBS) is a condition that has similar symptoms to Crohn’s and colitis but does not actually involve any inflammation or damage to the intestines. Although these conditions can have similar symptoms, they are all distinct conditions with essential differences in treatment and prognosis. Understanding these differences is necessary for anyone affected by one of these disorders.

In a study on mice, CBG and CBD were found to reduce inflammation and improve symptoms of inflammatory bowel disease [2]. Additionally, CBG has also been shown to promote healing and cell growth, which can help to improve the function of the intestines. Again, more research is needed to confirm these findings in humans.

Pharmaceutical companies are already investigating the application of CBG in prescription medications to support specific conditions caused by inflammation, but at this point, there’s no FDA-approved CBG product.

CBG May Have Anti-Cancer Properties

Only a handful of studies have looked at CBG for anti-cancer potential. However, the early research suggests that CBG may help to protect against cancer.

One study showed that CBG reduced the growth of colorectal cancer cells in mice [3]. Another study found that CBG was able to kill breast cancer cells in tissue culture [4]. Its non-psychoactive nature and strong therapeutic potential make CBG a desirable option for medical cannabis therapy compared to THC.

So far, most of the research on CBG has been done on animals, so it’s unclear if it would have the same effects in humans.

CBG May Have Antibacterial Properties

A study published in 2020 found that CBG was effective against Methicillin-resistant Staphylococcus aureus (MRSA), a type of bacteria that is resistant to many antibiotics. The researchers concluded that CBG might be a promising candidate for developing new antibacterial drugs [5].

Other potentially antibacterial cannabinoids include CBN, CBC, THC, and CBD.

What Is CBG Oil?

CBG oil is an oral cannabinoid supplement made with CBG-rich hemp extract dissolved in a carrier oil, such as MCT coconut oil.

Like THC and CBD oils on the market, CBG oils come in many different potencies, as indicated by the number of MG on the bottle.

The best CBG oil should come from full spectrum hemp extract. This ensures that the product contains CBG alongside other cannabinoids such as CBD and trace amounts of THC (up to 0.3%) for more substantial and reliable effects.

What Are The Benefits of CBG Oil

We’ve taken a look at the practical and clinical uses of CBG in medical cannabis research. Let’s get into the benefits of adding CBG oil into your wellness routine.

However, unlike smoking cannabis, which can irritate the lungs, CBG oil and CBG gummies offer a discreet way to reap the benefits and take higher concentrations while maintaining precision with your doses.

Many people enjoy taking CBG oil alongside CBD to support energy and focus for work and school during the morning routine.

CBG is legal if it’s derived from hemp plants.

The 2018 revision of the United States Farm Bill created a legal distinction between hemp and marijuana.

Hemp products must not contain more than 0.3% THC on a dried weight basis. Otherwise, the plant, including its extracts, are legal for sale and production.

CBG belongs to the class of minor cannabinoids because it doesn’t exist in mature cannabis plants in significant quantities. Meanwhile, CBD is the main active component in hemp, so there’s no surprise that much more research is available surrounding CBD than CBG.

Both compounds have been observed to support a normal inflammatory response and anti-bacterial actions and support a calm and centered mood. Research in murine models suggests that CBG may be more potent for specific use cases, such as inflammation support and brain health, but more research is needed.

It’s also possible for some people to react more favorably to one cannabinoid over another due to genetics and lifestyle factors. Some people may not feel the health benefits of CBD, so they will turn to CBG to support their wellness goals.

When it comes to sustaining a healthy sleep cycle, CBD is likely the better candidate as many people report generally feeling more alert and energized with CBG, even in higher concentrations.

As the world of cannabis evolves, so too does our understanding of the various cannabinoids that make up this complex plant. While THC and CBD have long been the focus of attention, other compounds like CBG are beginning to garner more interest from both scientists and consumers.

CBG is a non-intoxicating cannabinoid that offers a variety of potential benefits, including anti-inflammatory, antibacterial, and pain-relieving properties. In addition, CBG has been shown to promote neurological health and protect against age-related cognitive decline in early studies.

For practical everyday use, some people find CBG to be more suitable for their lifestyle for energy and focus than CBD products. Based on our understanding of cannabinoids and the entourage effect, CBG and CBD work best together to compliment and balance their effect profiles, which is why VIIA offers CBG: CBD products made from premium-quality hemp crops. 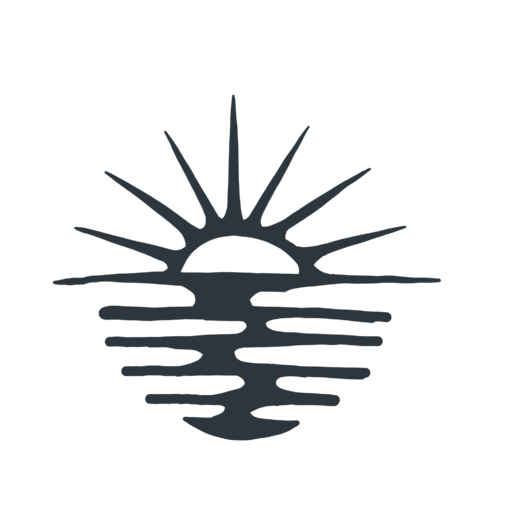