Shop HHC Pre Rolls and get it delivered to your door nationwide. Our HHC Pre Roll Joints are made with premium HHC infused hemp flower for optimal quality, potency, and effect. 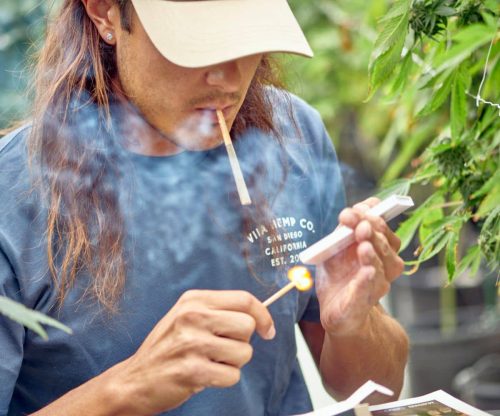 The Most Potent HHC Pre Rolls

All VIIA Hemp Co HHC products contain a wide array of cannabinoids, not just isolated compounds like all other products on the market. Our HHC joints are no exception. We craft our pre rolls with Hemp infused HHC, never sprayed on HHC.

At VIIA Hemp Co, we do things a little differently. We strive to be the absolute best hemp company we can through innovation, transparency, affordability, and quality. We lab test each and every hemp derived HHC product that we sell to ensure potency and quality, and we believe in offering our products at an accessible price to our consumers.

The History of HHC

HHC is a cannabinoid that was first discovered in 1947 and has been widely studied to show it’s potential benefits and has been shown to be an extremely stable cannabinoid, meaning it won’t easily break down when exposed to elements such as sunlight like THC does. Due to the legalization of hemp, there have been huge technical advances in the hemp industry and study of cannabinoids. This has helped us to create methods to safely extract cannabinoids and produce compounds such as HHC and share them with the consumers. Due to the very intensive process of creating HHC, it is very expensive to produce and our HHC products are slightly more expensive than our Delta 8 and Delta 10 products.  At VIIA Hemp Co, we value affordability and are constantly seeking ways to develop the best products in the industry while staying very competitive with our pricing. 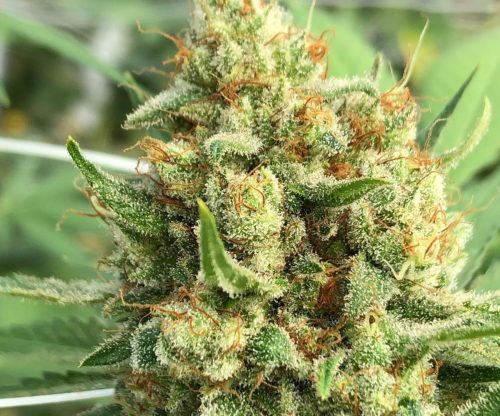 HHC Legality in the United States

In 2018, Congress passed a federal Farm Bill that legalized hemp, hemp-derived cannabinoids, and hemp products. This should indicate HHC legal if the HHC products are made with Hemp-Derived HHC, right? Well, it is not as simple as classifying CBD. The current legal status of HHC exists in a gray area of overlapping and even contradictory laws. Like Delta-8 and Delta-10 THC, HHC is usually not covered by specific regulations because it is so new to the market, and the farm bill only outlined Delta 9 THC.

State to State Legality of HHC

In the United States, the legality of HHC varies widely from state to state. Some states have bans on hemp products, others regulate psychoactive substances, and some don’t regulate it at all. One reason that it’s complicated is due to the production process. Some manufacturers claim their HHC is federally legal because their HHC is hemp-derived. Others claim that HHC is a legal compound simply because it is found in hemp plants. But because the HHC cannabinoid doesn’t occur in high amounts naturally, and needs a THC molecule to process and manufacture it, these can affect the legality, too. Whether HHC is considered legal will depend on if regulators decide it is a synthetic or natural cannabinoid compound. As of right now, HHC exists in a strange gray area, legally speaking. Make sure you check your state laws before buying HHC products or other THC alternatives. Note that these products are not approved or evaluated by the FDA.

Despite the legal grey area of HHC, buying HHC online is quite easy and many companies sell HHC, that ship across the US. When you go to buy HHC pre rolls, it’s important to make sure the company sells quality products that are thoroughly lab tested by an accredited 3rd party. You want to make sure that the HHC that you are ingesting is hemp derived and fully tested for quality and purity of ingredients. Keep these tips in mind when you buy HHC online.

We at VIIA Hemp Co pride ourselves on making the highest quality HHC pre rolls. We source the highest quality HHC distillate for our pre rolls. All of our HHC products are rigorously third-party lab tested and free from harmful chemicals, pesticides, or heavy metals. If you choose our products, make sure you view our 3rd party lab test results page to assure the quality of your HHC Pre Roll.

Hexahydrocannabinol, or HHC for short is a chemical known as a cannabinoid found in the cannabis plant. While it is a naturally occurring cannabinoid, it is a hydrogenated form of THC.

Do HHC Pre Rolls get you high?

Yes, ingesting an HHC Pre Roll does produce psychoactive effects. While HHC is fairly new to testing, evidence has shown HHC effects to be similar to a more mellow psychoactive effect than the more commonly known Delta 9 THC. Due to the hydrogenation of the THC molecule, HHC has been shown to be more resistant to oxidation and UV light breakdown. This allows our HHC Pre Rolls to maintain a longer shelf-life and is less prone to damage.

Will smoking an HHC Pre Roll show up on a Drug Test?

The truth is that we still know very little about how HHC affects the body and what its potential benefits are, and if HHC could potentially trigger a positive drug test.
Whispers of HHC evading drug tests have divided users and anecdotal evidence is conflicting. Some people say they passed a test after using HHC without issue, while others say they used HHC only once or twice and failed.

The only thing we do know is that drug testing, whether blood tests or urine test, are looking for THC as the primary metabolite - and most tests cannot find the difference between Delta 9 THC and Delta 8 THC, since the metabolite is so similar. Since the HHC is a hydrogenated form of THC the molecular structure is similar to THC, possibly triggering a positive result.

So what’s the bottom line? More research is needed. Until then, don’t bank on coasting through a drug test while using an HHC Pre Roll. Perhaps stick to pre rolls with our cannabinoids, like CBD products that have no THC.